At first glance, she walked around completely confused, but always exactly following the map to avoid the lenses of the cameras, she reached her goal. 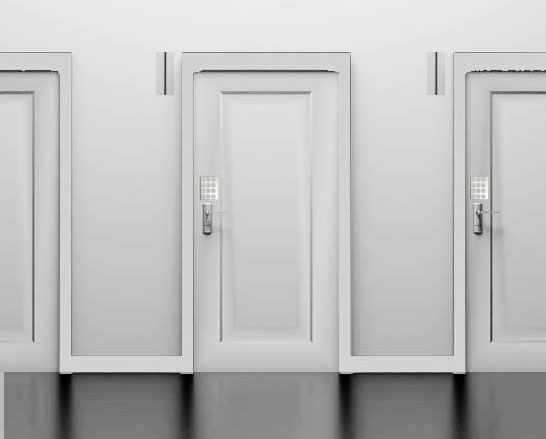 A lock with a number code abruptly stopped her urge to discover. However, not only that, she paused – there was a sound, wasn’t it? Her breath caught. There was that scraping again. She put her ear to the door and heard a whimper. There was someone in there! Was it friend or foe?

Quietly in the direction of the door, she called “Hello? Is there someone there?” The whimper became a dull, incomprehensible hum. The scraping became a loud knock. Apparently, the rooms were a kind of prison cell.

There was someone! In addition, apparently this person was tied up. The conclusion she drew from it: at least it is not an enemy.

She looked at the code lock on the door. Next to the castle was a post-attached note – probably as a reminder for the code. This suggested that the guards here assumed that no one could get past the cameras unseen.

A square with numbers and letters, in the middle a red field. The goal was probably to get into the middle of the fields with the right combination. 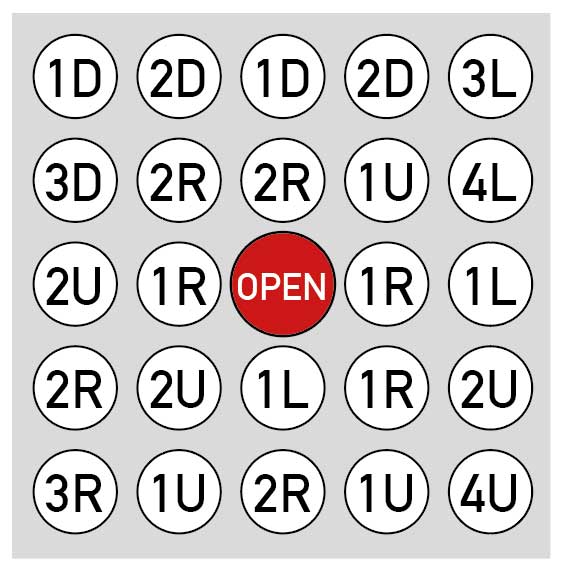 She braced herself on the door with both hands, looking at the note. Tried to analyze the fields. The noises from the room were not helpful and so the first drop of sweat ran from her forehead.

After a few minutes, she found that the numbers were only between 1 and 4, and there were only four different letters: R, L, O and U. But what did this mean?

Deep in her brain twists, she searched for logic. What did the letters stand for and how did they relate to the numbers?

Then suddenly – it was so easy, so logical … it was only difficult to find the starting point.

Excited, she gathered her courage and entered the 5-digit code in the number field of the castle. What would she expect here? Did light finally come to this dubious adventure?

Form the checksum (always only the first!) From the 5-digit code of the door to obtain one of the numbers for the final code

Clue on the “page of shame” can be found under: Cod