Finally, the light turned on and she could see something. She closed her eyes briefly to get used to the brightness. The room looked like the old “Mad Max” films from the 80s. There was also chaos, murder and raids were common. Well, luckily Sabrina was not there yet. Nevertheless, the atmosphere gave this impression.

She was still dressed a little inappropriately. Instead of fighting for her life with a cool leather suit like in the movies, she wore a business suit, which did not seem to be advantageous for her. Especially since it was pretty dirty by now.

She earned her money at this energy provider, worked there in the control room. A very important, but unfortunately also very monotonous job. You stare at control displays for 4 hours that never change. Then you are “exchanged” and you stare at green lights for 4 hours. “So that one does not get bored” they had told her at the time. Well, the job was well paid.

She had studied engineering, rather unusual for her gender. It was said that you had incredible opportunities for advancement in a well-paid industry. “Yes, may be,” she thought, “but only the male colleagues”.

Now she was standing in a big hall, with dirty clothes, wondering what it all means.

An apparently tangled smear on one of the walls caught her attention. Meaningless words, smeared on the wall with red paint. She stood in front of the letters and tried to figure them out. She combined and puzzled until she suddenly noticed something. Although it was an eternity ago, she was still powerful in the ABC and was able to elicit a meaningful sentence from the whole.

Reluctantly, she went to the place described in the secret message. 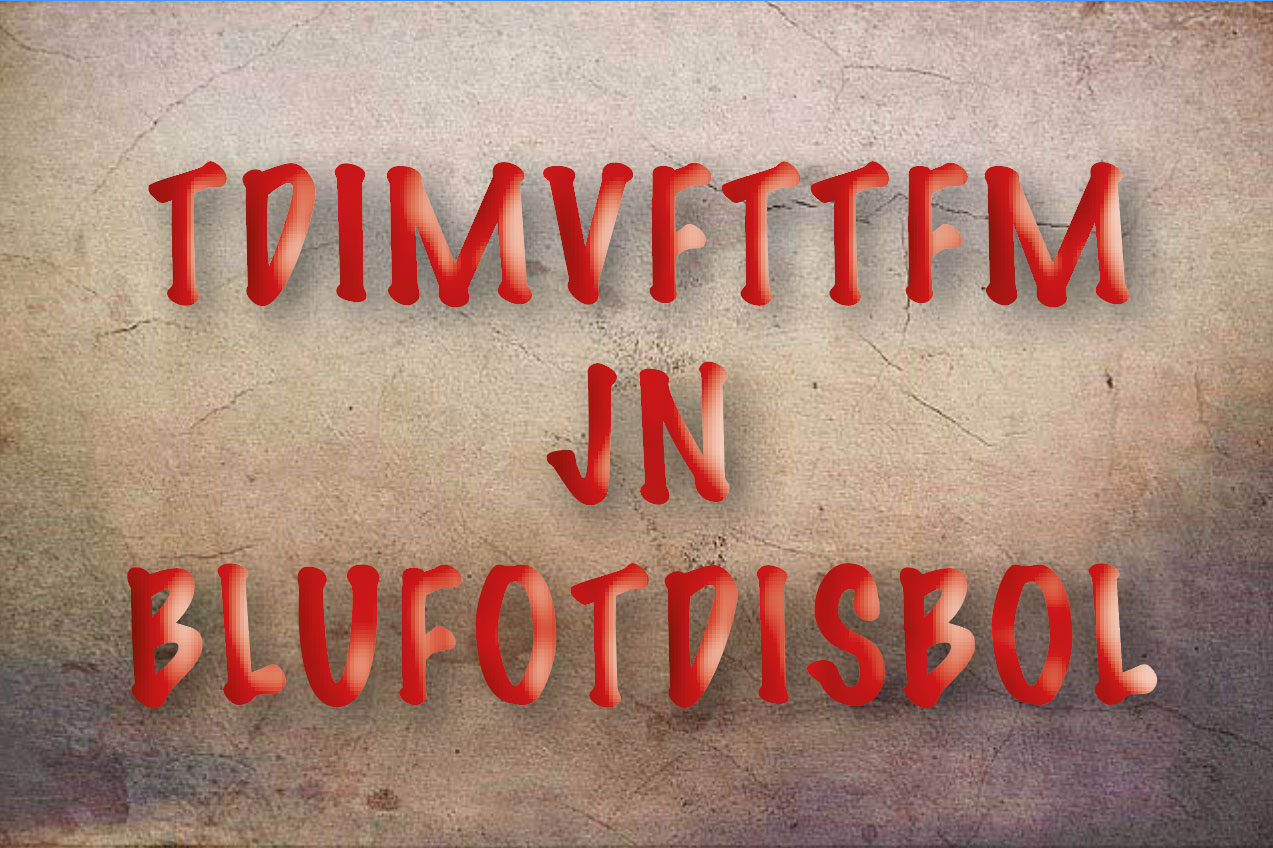 Where did she go?

A) to the filing cabinet 6

Write down one of the red numbers (if it’s the right one!)

Clue on the “page of shame” can be found under: Alpha