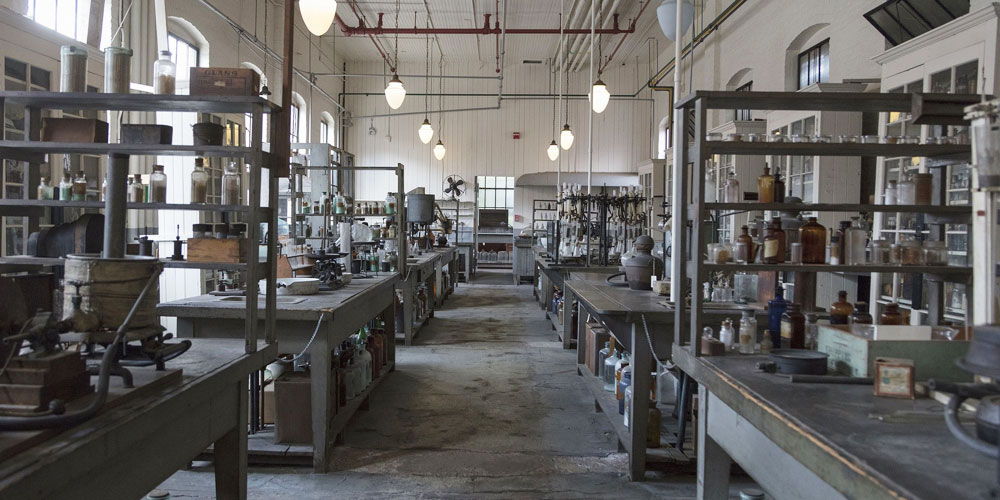 “And?” asked Frederik. “Hmmm, looks like an experimental laboratory, even rats in cages are here, help me down …”

Sabrina climbed through the hole with her feet ahead, Frederik held her by the arms. A little jump and she was standing on the floor of the laboratory. She stretched her arms up and helped her new colleague unscathed to the laboratory.

Now they stood there, like gladiators in the arena. The audience was missing, at least she hoped, and the wild beasts were rats, luckily still in cages.

She went over to the rats. There were five cages in which the poor animals lived. She was not a fan of animal experiments, as almost 3 million animals were killed in Germany in 2018. Over 80% of them were rodents, like these so-called laboratory rats.

With a blank look, she looked over at Frederik, who only shrugged his shoulders. However, any help was probably too late for these animals. Although four of the five animals were still alive.

Under each cage was a sign with the name of the poor rodent and the dose the animals met.

It was probably too much for Hans – he was already dead in his cage.

“Somewhere there has to be something like a control room, from where the wrong information is fed into the control center of the nuclear power plant?” Frederik remarked casually. “That’s right, and if our good terrorist wanted to prevent the worst-case scenario, then we should probably find it too!” added Sabrina.

“Could you hear anything else when you were tied up?” she asked Frederik, who was still at a loss.

“Hmmm, a name. One called the name from the corridor: “Horst, you pensioner, come now!” “Horst?” She asked incredulously “A rather unusual name for a terrorist.” She had to smile a little at this surreal name.

“Yes! I do not think we should dawdle here. Do you think they are still there? ”Sabrina woke to new life. She looked around for signs of a control room. “No, I do not think so. The guy from the aisle put a lot of pressure to get away. ”

Sabrina saw a thick wire harness on the floor of the laboratory. A new cable – but unfortunately too thick to simply cut it. She curiously followed the line until it unfortunately said goodbye to a wall opening. “Crap,” she thought.

But she found something else. A PC and it seemed to be working! “Mr. Anderson … come on.”

With a small movement, she brought the PC to life. Password-protected, of course. She pondered, but her creativity was in assigning passwords rather than cracking them.

“Aren’t you a security expert?” She asked Frederik. “May I, maybe we’re lucky,” he offered to help. He tapped the keyboard briefly … and he entered the system.”Quite uncreative,” he murmured, a little proud that it was going so fast.

Nice that you now know how much Sievert a rat dies. However, do you know at a dose of how much Sievert a person has little chance of surviving?
(Sorry – there are different results in the web. We take the results of the mostly answers)

Write down one of the red numbers (if it’s the right one!)

Clue on the “page of shame” can be found under: Radio